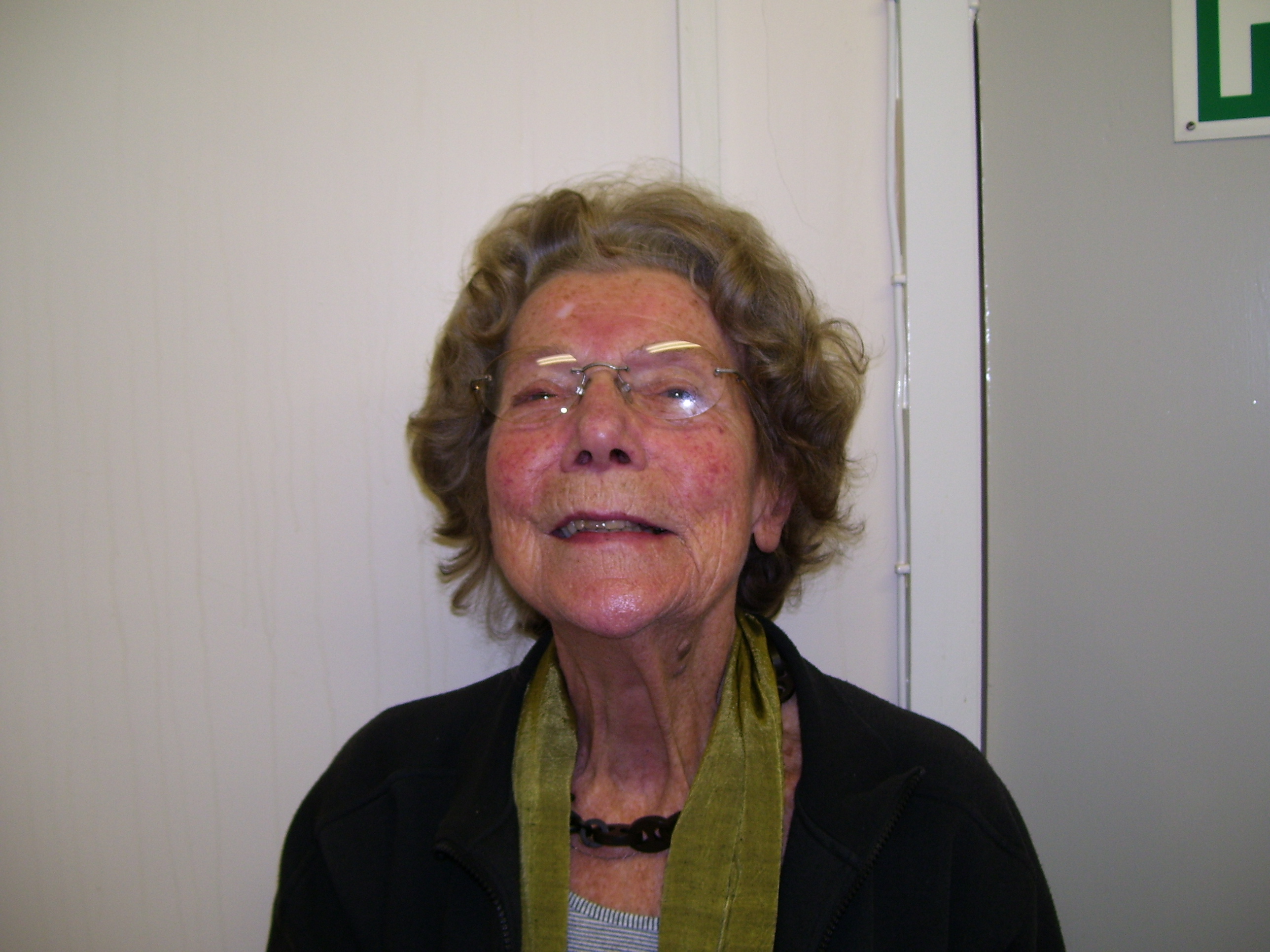 It was with great sadness that we learned of the recent death of Evelyn Kelsall at the grand age of 94 years.

Evelyn’s contribution to Cumbria Deaf Association spanned in excess of 35 years. She played an active part in many roles over the years: on the Kendal Branch Committee, the Kendal Deaf Social Club committee, CDA’s Executive Committee, CDA’s Council and, latterly, the Board of Trustees. In addition she was a fervent fundraiser, organising and participating in many a flag day.

For many years Evelyn volunteered her time to run a lip-reading class at the Kendal Centre. It was something that she was passionate about and she continued teaching the class right up until the Storm Desmond floods rendered the Kendal Centre uninhabitable, when she was 92 years old. Evelyn was never afraid of new technology and she regularly attended computer classes hosted at the Kendal Centre, again well into her 90s. She always championed the needs of the Deaf community, in particular hard of hearing and deafened people, and was a keen advocate for improved services and facilities in the Kendal area.

Evelyn was a tenacious, enthusiastic, tireless and forward thinking worker for the needs of deaf and hard of hearing people in Cumbria and further afield. Therefore, as Chairman of Cumbria Deaf Association but also as a friend and neighbour for nearly 30 years of Evelyn, I feel very privileged to remember her gratefully now. But I know that by Evelyn’s high standards I will not match her communication abilities in remembering to stand still, look up and forward, pausing between phrases while making clear movements, but not exaggerated, with my lips and at the same time making sure that I allow time for the message to be recognised by lip-readers. Always, she never let up in her criticism of people who did not respect the needs of their fellows who just happened to be deaf or hard of hearing. She denounced my performance at an AGM where at the time no one had complained – although she herself had not attended.

Yet, without people like Evelyn we could not carry out our work for CDA. As such she was one of our longest serving supporters. This did not mean that she was backward thinking when it came to technology and especially computers. Yet, she has been such a constant presence that no one can remember how long she has worked for the Association. But it is at least 35 or more years. Indeed it is nearly 40 years that I bought the first chrysanthemums for the church harvest festival which she grew and sold to raise funds for CDA. Always a fervent fund raiser she participated in organising flag days and other activities and was a boundlessly cheerful presence on social occasions. Indeed her loud greeting with a combined laugh and smile coming through the often enveloping clouds of nicotine smoke was to me her remarkable characteristic when I called at her house. Incidentally when I was collecting for some other causes like the British Legion Poppy Fund she was always a most generous donor.

Officially her roles in serving deaf and hard of hearing people were numerous. Apart from being a CDA Trustee and member of the executive, Evelyn served on the Kendal Branch Committee and that of the Social Club. Above all she was passionate about her volunteer work for the Kendal Lip-Reading class which she continued to take until our Kendal Centre was put out of action by the Storm Desmond floods 14 months ago when Evelyn was already 93. Even so, such was the driving force of her energy she still came to our executive meetings. Yes – this brings me to her driving. How she got to Carlisle safely I’ll never know nor would her regular passenger, the late Rev Monica Webster – but came she did. Sometimes when she’d got to the city and couldn’t quite remember the route to the venue, she hailed a taxi, gave the driver the address and asked him or her to lead the way to our meeting. But in all her work for Cumbria Deaf Association she was a leader herself in all she did – so where she led, we should follow.

Not just our Association but society needs people like Evelyn and for those of us with faith we must give thanks for her energetic, if slightly quirky, life of service. For her work for CDA she demonstrated Jesus’ commandment that we should love and serve our neighbours as ourselves – which is a teaching which whatever are our beliefs, we all can follow.