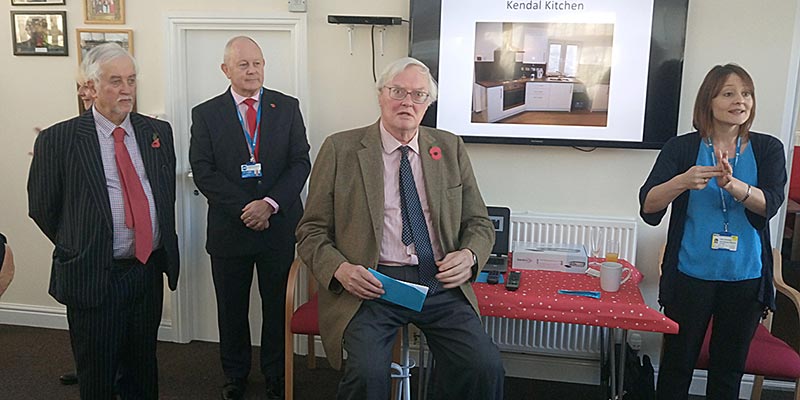 It is with deep regret and sorrow that Cumbria Deaf Association reports the death of our President,  Robin Burgess.

Robin died on Friday 22nd February from cancer aged 68, at his home in Scaleby, Cumbria.

He  leaves  a wife Alex and four children, Rose, Kate, Rachel and James. On behalf of fellow patrons, Board members, staff and community members, CDA offers its deepest condolences to Robin’s family and friends and this particularly distressing time.

Robin commenced his role as President of the Charity in 2009 and despite his health challenges, continued to play an active role in supporting the organisation until the beginning of this year.

“Robin’s contribution and support of the organisation far exceeded that traditionally provided by a charity President. Robin was personally involved in each of the organisation’s major events, attended each AGM and held regular review meetings to appraise him of the charity’s activities, developments and challenges. Robin would also use these meetings to identify any positive contribution he could personally make to ensure the needs of Cumbrian residents with any degree of hearing loss were recognised and supported. I greatly appreciated that Robin was always accessible and, whenever contacted, would always respond promptly and positively to any request for support or advice.”

Robin’s personal experience of hearing loss facilitated his great empathy and appreciation of the many challenges deaf people face to achieve a quality of life comparable to that of their hearing contemporaries. His informed advice greatly supported the development of the organisation during recent years, particularly with the challenging period charities have faced as a consequence of the austerity impact and reduction in funding for specialist services.

Robin’s commitment to Cumbria Deaf Association throughout his presidential tenure was constant and enthusiastic, coupled with his warm and supportive personality presented a most positive and beneficial influence on the charity. His contribution and influence will be greatly missed by the charity and all colleagues and community members who had the pleasure of his company and support.

A memorial service will be held in Carlisle at a date to be announced.